Contents hide
1 The Purpose of an NFA Tax Stamp
2 How Do I Get an NFA Tax Stamp?
3 What Will I Get Back Once the Process is Complete?
4 About the Actual Tax Amount
5 What is a Prohibited Person?
6 NFA Tax Stamps and “Any Other Weapons”?
7 Can I Register and Get a Tax Stamp for a Found Firearm?
8 What Can I Do With My NFA Firearm?
9 Traveling & Transporting Your NFA Weapon
10 The Right to Bear Arms

Understanding what an NFA tax stamp is requires a bit of knowledge about the National Firearms Act (NFA). The original NFA enacted by Congress and signed into law in 1934 was an effort by legislators to stem the violence of the inter-gang warfare that grew out of prohibition. At the time, fully automatic firearms, especially the Thompson submachine gun, were favorites of the gangsters battling for control of the illicit liquor trade.

Public sentiment spurred Congress to enact the first gun control legislation in the nation’s history. The NFA didn’t ban the manufacture, sale, or possession of a fully automatic firearm. The intent was to make the cost of owning one of these weapons so expensive that most people could not afford the cost. This attempt at financial control was the start of the NFA tax stamp.

The Purpose of an NFA Tax Stamp

Many people in the United States don’t realize that it is still legal to own a fully automatic firearm, as well as a few other classes of weapons now included on the NFA list. Those weapons include: 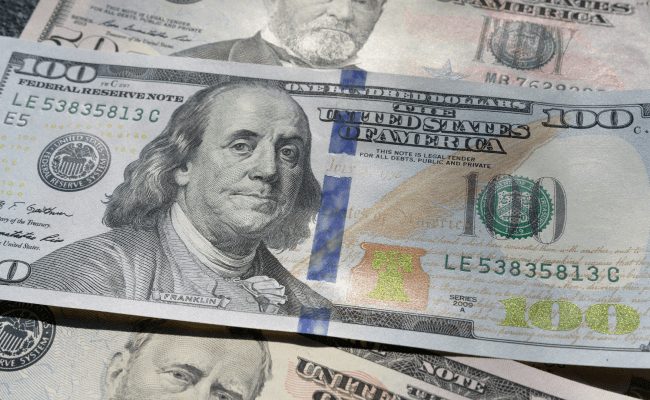 How Do I Get an NFA Tax Stamp?

Over the years, the forms and requirements for qualifying to get an NFA tax stamp have grown. Currently, as part of the process, you must:

Then you wait. Processing applications for NFA tax stamps can take weeks, if not months. The BATF (Bureau of Alcohol, Tobacco, and Firearms) performs a thorough background check on each applicant for an NFA tax stamp. There is also often a backlog of applications waiting to be processed, which is why this can take a while.

What Will I Get Back Once the Process is Complete?

If you pass the background check and if you are not a prohibited person, in time, you will receive back from the BATF a copy of your application with a canceled NFA tax stamp attached.

Yes, you read that right. The form will have a stamp that resembles a postage stamp and it will have a cancellation mark imprinted over the stamp. The canceled stamp is proof that you have been approved by the BATF to own the weapon identified in the application. At this point, you are free to visit your firearms dealer to take possession of your new weapon.

About the Actual Tax Amount

The original fee for an NFA tax stamp in 1934 was $200. That doesn’t seem like much now, but in 1934 that was a huge sum of money to most people. The depression was still running rampant, many people were out of work, and the economy was a mess.

Surprisingly, the tax has never increased. The tax represented by the stamp is still $200. It is a one time tax. You don’t have to pay the tax fee again as long as you own the firearm. If there is one bright side to the NFA, it is the fee. There aren’t many things associated with paying taxes to the federal government than haven’t skyrocketed in the past 80 years.

What is a Prohibited Person?

If the BATF finds that you are a prohibited person, you can expect an automatic rejection and you’ll not be able to receive an NFA tax stamp.

NFA Tax Stamps and “Any Other Weapons”?

In 1968 the Gun Control Act was enacted, which added Title II to the NFA. Title II included new designations of weapons controlled by the NFA and subject to control and taxation. Included in these definitions is the term “Any Other Weapon.”

“Any Other Weapon” is a catch-all phrase that the BATF can use to control almost any firearm, firearm part, or, in truth, almost anything that might remotely be used to construct a controlled device. In the past, the BATF has found the following items falling into this category:

Many other devices classify as Title II firearms and devices. Before you purchase or build anything that the BATF may prohibit, it pays to check closely. Being found in violation of the NFA can result in some hefty fines and possible prison time. Always play it safe and follow the rules when it comes to items requiring an NFA tax stamp. 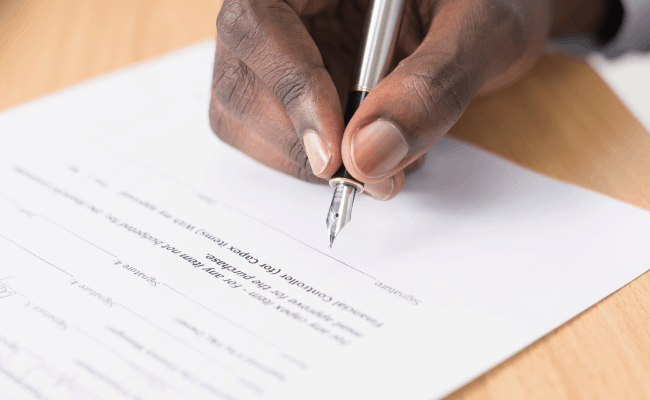 Can I Register and Get a Tax Stamp for a Found Firearm?

Occasionally, people still find unregistered Title II devices stored away in attics. It is possible to register these firearms, if the manufacture date is before 1968, and you get an NFA tax stamp. The process is much like purchasing a Title II device, but there are a few additional steps:

What Can I Do With My NFA Firearm?

So you filled out the paperwork, got an NFA tax stamp, and now have your NFA weapon. Have fun! Shoot if you can find a range that will allow it. Many ranges prohibit fully automatic weapons, so you need to check with the range manager or owner. Some of these prohibitions involve the range insurance that public shooting ranges must carry. The insurance carrier may make the stipulation that no automatic weapons are allowed.

Another thing to remember is that if you travel and take your NFA firearm or device across state lines, you must notify the BATF using a BATF Form 20. Form 20 is the application to transport interstate or temporarily export certain National Firearms Act Firearms.

Remember to check the state to which you are traveling. Some states prohibit some of the Title II firearms. Just because you have an NFA tax stamp and your ATF Form 20 doesn’t mean you are exempt from state and local laws.

The NFA and the BATF don’t have any requirements that you keep your NFA tax stamp with your firearm all the time. However, the rules do state that you must be able to present the registration at any time a BATF agent requests it. If you are traveling across town to the range and get stopped, it may be difficult to present the tax stamp if it is in your gun safe at home.

Our suggestion is to make photocopies of the registration and the tax stamp. Some people take a sharp photo of just the tax stamp and the relevant parts of a Form 4 and have these laminated into a wallet-size card that is easy to carry. At Gun Trust NFA, we can do this for you for a small fee.

The state in which you live may also have regulations and laws that cover the ownership and transport of NFA weapons. Educate yourself thoroughly on your state and local laws before you purchase, transport, or fire an NFA weapon in your location.

The Right to Bear Arms

In truth, the National Firearms Act doesn’t ban anything. You can still own any of the NFA listed weapons or devices, provided you pass the background check and pay for the NFA tax stamp. If you want to experience the thrill and excitement of shooting a fully automatic weapon, find a range that has them and rent one.

Be prepared for a few things:

The NFA tax Stamp is not an impossible thing to get. The process of acquiring a tax stamp can be complicated, expensive, and frustrating, however. There is a long waiting period, but in the end, it is usually worth the effort. We hope that this short article about the National Firearms Act tax stamp has proven beneficial and informative. If you’d like to quickly get started on attaining an NFA weapon for yourself, start the application process for an NFA Gun Trust with Gun Trust NFA. It is your right to keep and bear arms. Exercise that right at every opportunity. Stay safe!

At Gun Trust NFA, we help you create attorney-vetted gun trusts that adhere to the National Firearms Act (NFA) and its additions. We are happy to assist you with any questions through the ATF process. We are a private company and cannot provide you with legal assistance. If needed, look for an attorney in your county of residence. While our trust package will work in any of the United States, we recommend checking your specific state for any updated local rules, regulations, or restrictions. If you have any questions, don't hesitate to contact us for more information.