Face it. Suppressors are just cool. Nothing is better than being on the range and getting everyone’s attention because your rifle or pistol doesn’t make much noise. With the rise in popularity of suppressors, there has also been a rise in the number of suppressor manufacturers.

No longer just the purview of military and law enforcement operators, suppressors have become mainstream. It is now possible to purchase a suppressor for less than the NFA tax stamp’s cost required to purchase and own the suppressor. However, it is best to remember that you typically get exactly what you pay for, like anything else.

Surefire builds other suppressors that don’t carry the SOCOM designation. Surefire designed these suppressors for the civilian market where demands and conditions are less strenuous.

What I Look for in A Suppressor

Before we go any further with Surefire, it is important to understand what criteria I consider when looking at suppressors. Any evaluation of any suppressor requires a systematic approach. These are the criteria I use in my suppressor evaluations.

Isn’t this the real reason we are buying a suppressor? The sound suppression ability must be a primary criterion in selecting a suppressor. If it ain’t quiet, it ain’t doing its job.

Attaching anything to the front of your rifle always affects accuracy. In choosing a suppressor, I look for the least effect on accuracy. Accuracy effects can be a hard factor to judge or evaluate because of a lack of data.

Adding weight to the end of the barrel affects the gun’s whole balance. It can also add to the stress imparted to the shooter who must carry and support the extra weight. Size can also factor, especially if the suppressor impairs the view down the sights or the rifle’s optics.

The type of mount is more of a personal choice than anything else. Threaded direct mount types offer simplicity. Quick detach mounts offer efficiency and ease of use. If you chose a quick detach mount, be sure that the mount has a reputation for staying secure. Wobbly mounts are dangerous.

Suppressors wear out. The baffles, even if properly and regularly maintained, will eventually need replacing. Maintenance and replacement of parts Is usually not an expensive process but can be frustrating. Some suppressor designs require the entire suppressor to go back to the factory for service.

The price of a suppressor must be a factor. Many of us don’t have the budget to spend thousands of dollars on a suppressor. On the other hand, even spending several hundred dollars on a suppressor that doesn’t work or only lasts a few hundred rounds is not a good financial choice either. Finding the balance of factors and price is the key to managing a good compromise.

How Do the Surefire Suppressor Rank Against These Criteria?

As a group, the Surefire SOCOM suppressor ranks high on sound suppression capability. The US military standard for noise limits MIL-STD-1474D defines the minimum requirements that suppressors must meet for consideration by the military.

Surefire SOCOM suppressors carry a US Military approval for use by military personnel in combat zones. The noise reduction level depends on the weapon’s caliber, the rifle’s configuration, and the style and type of suppressor. In most cases, a Surefire suppressor will reduce the noise to approximately 130Bd.

Many factors can affect this decibel reading.

Manufacturers who report decibel reductions optimize their testing to get the best results. Amateur reviewers often rely on sub-standard measuring equipment and inconsistent techniques. In almost every instance we found, no matter the test’s circumstances, Surefire scored at or near the top of the suppressors tested groups.

Anytime you add something to the end of your rifle’s barrel, deviations in accuracy can occur. These deviations are caused by several things.

Until you start carrying a rifle every day for hours on end, you don’t appreciate how much difference a few ounces can make. Weight and size not only count when carrying a suppressed firearm, but also the additional weight can be difficult to support during firing.

Some suppressors are so large that they obscure the fixed sights or interfere with the sight picture of many optics systems when attached to the rifle. The SOCOM line of Surefire suppressors keeps the weight low and the diameter small enough not to interfere in any case. You can be sure that a Surefire SOCOM suppressor won’t cause blind spots or impair your rifle’s maneuverability.

Getting the Suppressor on and Off

Direct mount threaded suppressor leaves your muzzle bare if you must remove it in the field and don’t have a flash hider to thread back onto the barrel. The Surefire system offers quick and secure mounting and the backup of a mounted flash hider.

The Surefire SOCOM mounting system requires only a few steps.

How Long will a Surefire Suppressor Last?

The truth is, your Surefire Suppressor will probably outlive the barrel on your rifle if you shoot this much. The typical AR barrel life is between 15 and 20 thousand rounds. If a Surefire suppressor can last 100,000 rounds, you may change many more barrels than suppressors.

The key to keeping your Surefire Suppressor in top operating condition is maintenance. Carbon is the killer of any suppressor. Fortunately, Surefire has engineered the SOCOM suppressors with easy to disassemble and clean components.

Each SOCOM suppressor comes with a cleaning brush and complete instructions on the best cleaning methods to maintain the suppressor. Unless you are shooting thousands of rounds over short periods, your Surefire SOCOM should require only the maintenance outlined in the user manual.

Paying the Price for Quality

Surefire SOCOM suppressors excel in almost every category that I consider in choosing a suppressor, with one exception – the price. Surefire suppressors are at the upper end of the price ranges for suppressors. This upper price range should come as no surprise.

Quality and reliability are not cheap. Surefire suppressors are built of the best materials and to the tightest tolerance. These manufacturing traits ensure that Surefire suppressors perform as advertised. If you want the reliability and the performance that got Surefire its reputation with the US Military Special Operations forces, you must expect to pay the corresponding price.

There are certainly cheaper suppressors available. Many of these may rank higher in some areas of consideration than Surefire suppressors. Overall, none of them offer the package of performance, reliability, and reputation offered by Surefire SOCOM suppressors.

I hope that this article gives you a better understanding of the Surefire SOCOM suppressors. Finding the right suppressor to fit your needs and budget can be challenging. Do your due diligence, and in the meantime, be safe and shoot straight.

How to Obtain a Hybrid Suppressor: 3 Awesome Tips

The Ultimate Guide to NFA Arms: 4 Things You Must Know

The Ultimate Guide to Gun Trusts: 5 Things You Need to Know 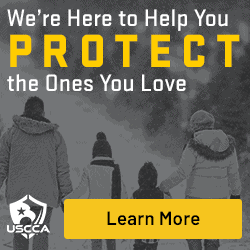